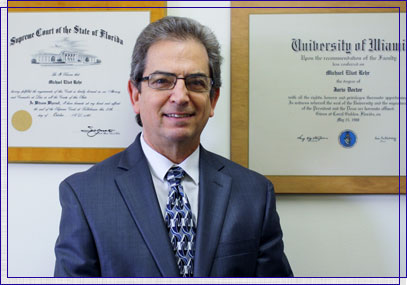 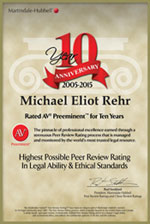 In 1984, I successfully argued in The Florida Supreme Court on behalf of the Appellant/Parent in Nodar vs. Galbreath, a slander action filed by a public high school teacher against her student’s parent for critical comments he made about the teacher at a public meeting of the Broward County School Board. The Supreme Court’s lengthy opinion reversed the unanimous decision of the Fourth District Court of Appeal and has had significant implications for “first amendment” cases since then.

Mr. Rehr is Board Certified in Condominium and Planned Development Law by The Florida Bar.